I did my best to convince Britney and my parents that we should start the morning with a ‘polar bear plunge’ in the ocean but was unsuccessful in convincing anyone (including myself) to participate. We slept in and had a relaxing morning before leaving the Airbnb at around 12PM.

We headed to the Perlan, where we’d had dinner a few nights prior and which also served as the city’s science center1. We watched an aurora show in the planetarium, trekked through an artificial glacial ice cave2, walked around the city observation deck and perused various exhibits that showcased information on Icelandic geology and local flora and fauna. I fiercely negotiated with dad to let us stay as late as possible (our flight was at 5PM).

Before the show started, the planetarium gave everyone a chance to flash selfies with the auroral backdrop overhead 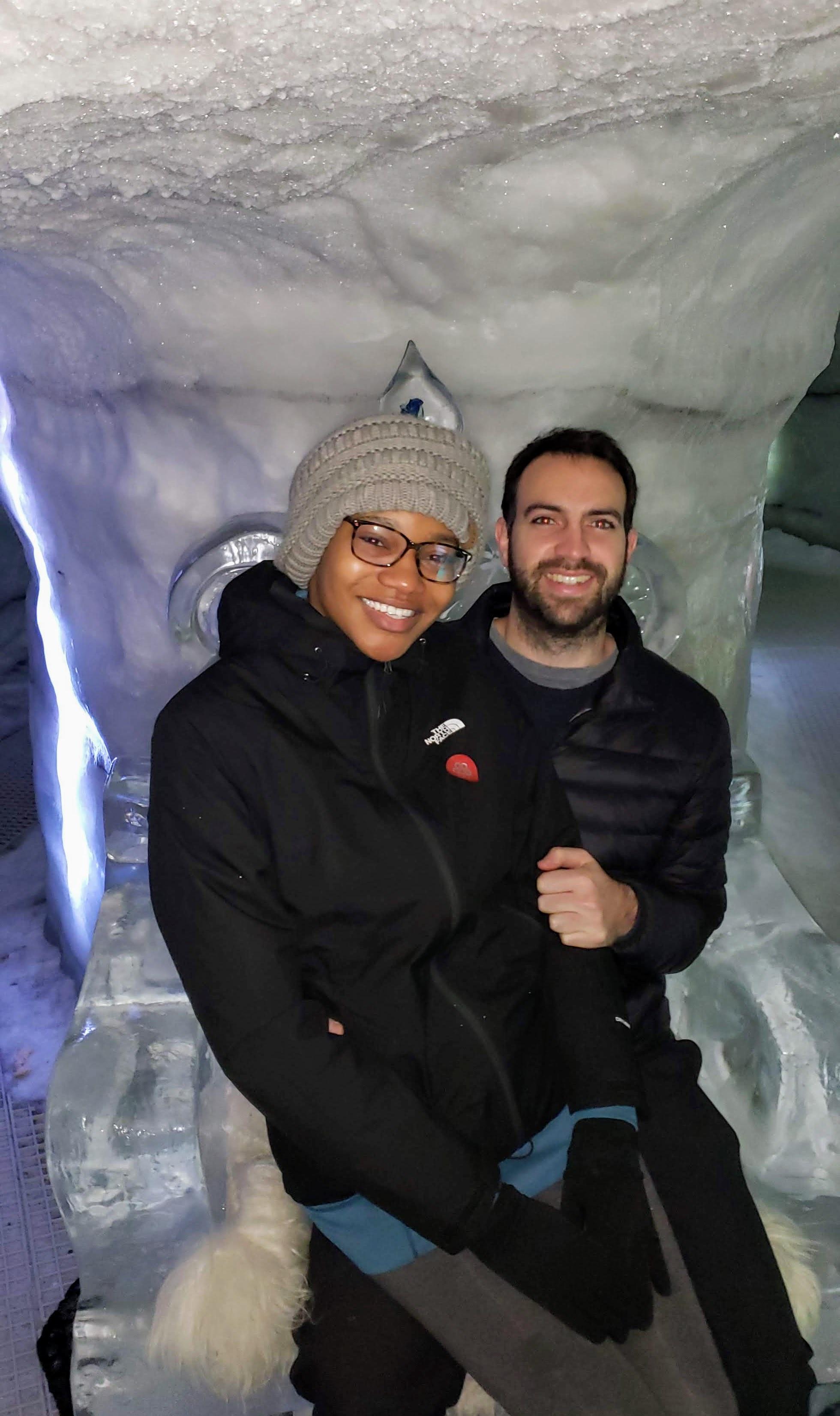 Ice throne in the ice cave 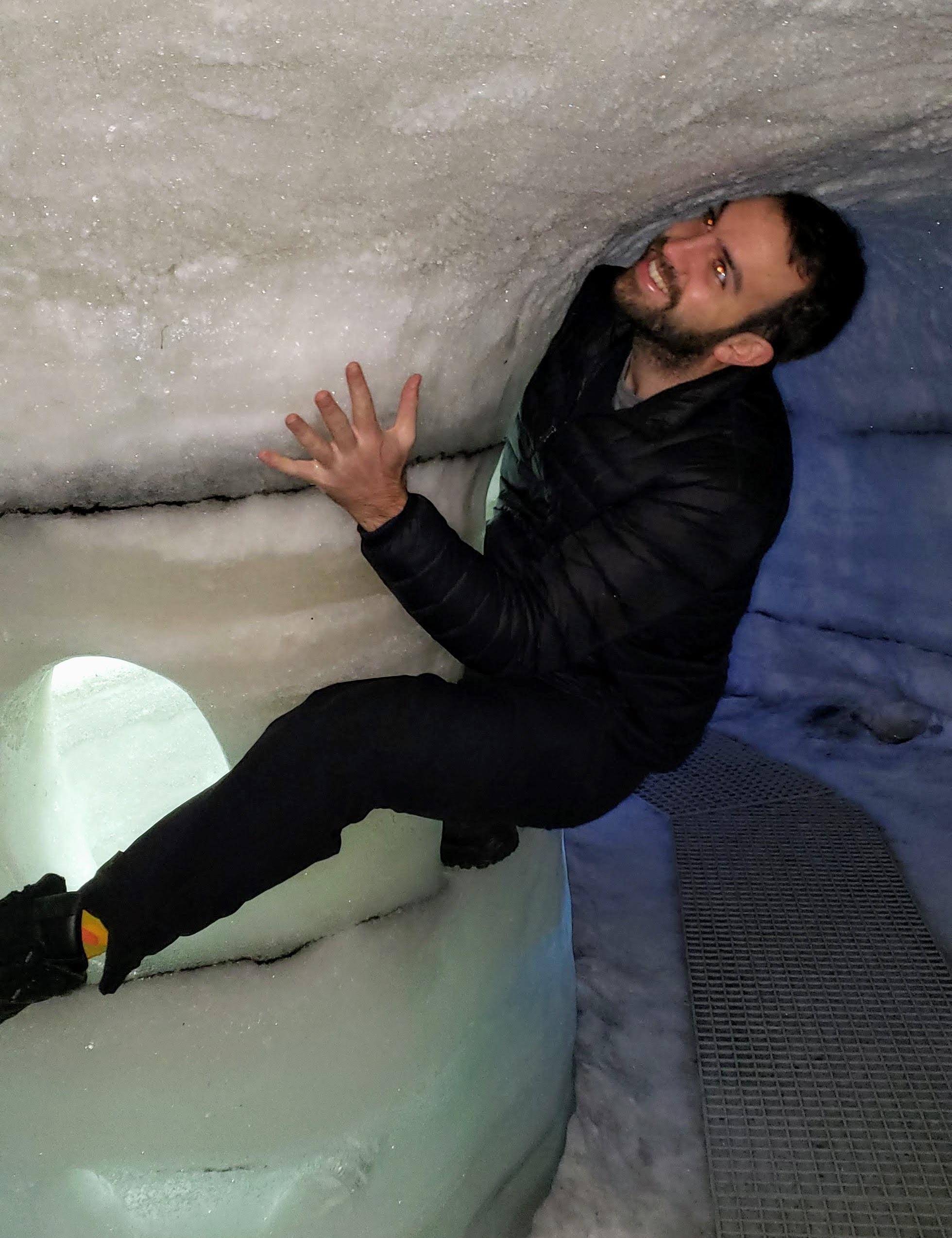 Climbing the interior sides of an artificial ice cave

After seeing the exhibits we raced back to the city center so that I could get one of the famous Icelandic hot dogs from Baejarins Beztu Pylsur3. Dad was tense while driving – he likes to get to the airport several hours before his flight. Once I had a full belly I was able to stop teasing him about his “obsession with the airport lounge” and we eventually stopped trying to press each other’s buttons.

It was light outside. I enjoyed gazing at the volcanic wasteland by the airport (something we couldn’t see in the darkness of our arrival flight). As our departure approached a vaporous haze slowly filled the air. The volcanic scenes faded into a misty canvased backdrop on which I played out memories from the week. When the airplane took-off it was too foggy to catch a final glimpse of the city, or to give a farewell – I guess we will have to come back.